How Many Weeks Until Cinco de Mayo?

How Many Months Until Cinco de Mayo?

The countdown we have located above can help you a lot if you are willing to learn how many days until Cinco de Mayo.

What Is Cinco de Mayo?

Cinco de Mayo is one of the festivals that take place in Mexico and most of the people believe that this is the festival in which Mexicans celebrate their independence day. However, unlike the misbelief among the society, Cinco de Mayo is the festival which is celebrated because of the victory that 4500 Mexican soldiers had against the French army which was one of the most powerful armies in 1862. This battle is also known as the Puebla battle in history.

Why Is Cinco de Mayo Celebrated? 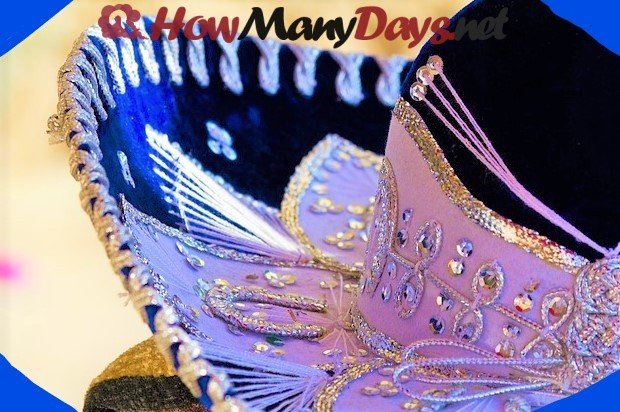 As we mentioned before, it is the celebration of the victory of the Mexican soldiers against the French army however the main goal of these celebrations changed in time. Today, most of the people celebrate this day by drinking plenty of alcohol which are originated in Mexico such as Tequila. The United States is one of the nations which has many Mexicans in it. Thus, this special day is also celebrated in the United States, and all of the restaurants which offer the Mexican cuisine will be full during this day.

What Can You Do On Cinco de Mayo?

The first thing that you can do is going out to drink with your friends in case you consume alcohol just like the rest of the millions of people. In the event that you do not want to consume alcohol, you can plan a picnic with your friends and have a great day in nature. Moreover, you can pay a visit to the nearest Mexican restaurant in order to taste foods that are unique to Mexico. You can also find many attractive things in case you will go out and plan to have fun on Cinco de Mayo.